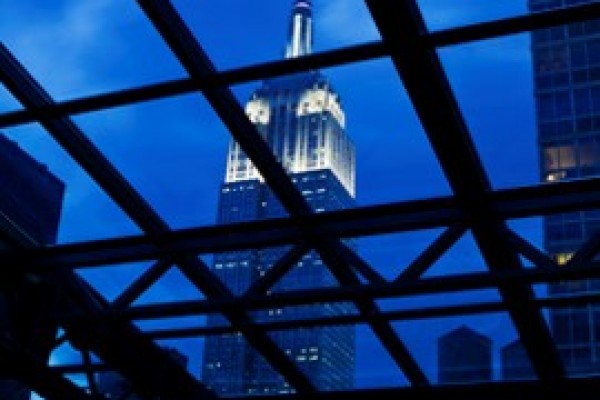 Athletes from around the world are giving it their all to earn Olympic gold for their home countries in Rio de Janeiro, and so far, the results have been spectacular. The United States and Great Britain are dominating with over 85 and 50 medals respectively, while Canada is performing admirably with 14 total medals so far. Just like these athletes, our team at OpenAire has been practicing their skills with the goal of creating the best possible retractable roofs and skylights designs in the world. Also like in Rio, the results of their work have also been spectacular; OpenAire enclosures have earned many design awards in the past few years. Here are a few of the skylight designs that have put us on the winner’s podium.

As of this summer, OpenAire has completed four attractive retractable pool enclosures for Royal Caribbean Cruise Lines’ Quantum series ships. The second liner to feature OpenAire’s enclosure, Anthem of the Seas, was voted Cruise Hive Magazine’s Best New Cruise Ship of 2015 by a majority of readers.

In Toronto’s trendy Fashion District, the Gusto 101 diner unveiled an OpenAire telescoping retractable skylight enclosure over its second-floor patio in 2013. Later that year, Hospitality Design (HD) Magazine chose Gusto 101 out of dozens of entries as the 2013 winner for Best Restaurant Design (Casual/Quick Service).

Also in Toronto, The Crooked Cue Restaurant and Pool Hall’s 960 square foot telescoping skylight from OpenAire earned awards from TSN and the CBC for “Canada’s Top Pool Halls” in 2015.

In New York City, an OpenAire skylight design gained four awards for its work on the Refinery Hotel’s rooftop bar: A Restaurant & Bar Design Award in 2014, the SBID International Design Award for Hotel Design in 2015, the #1 ranking in the 10Best Readers’ Choice Award for Best Hotel Rooftop Bar the same year, and a spot on The Telegraph’s Top 10 Best Hotels in Manhattan in 2016.

In Donetsk, Ukraine, OpenAire set a world record and captured international attention with its work on the Aqua Sferra Waterpark in 2012. Aqua Sferra’s 278-foot diameter, 61,000 square foot enclosure is not only the world’s largest free-standing retractable aluminum dome; it also earned a 2013 Dream Design Award from the trade magazine Aquatics International.

These are just a few of the awards that OpenAire has earned for its work over more than 25 years in business. We cherish each of these rewards like this year’s athletes cherish their Olympic medals; they are a powerful testament to the success and innovation that we have given to over a thousand clients and counting. And like our Olympic athletes, OpenAire has won these achievements in countries around the world. To see more of our awards and find out how you can get Olympic-quality service on your retractable construction project, visit us online at openaire.com or email us at sales@openaire.com.